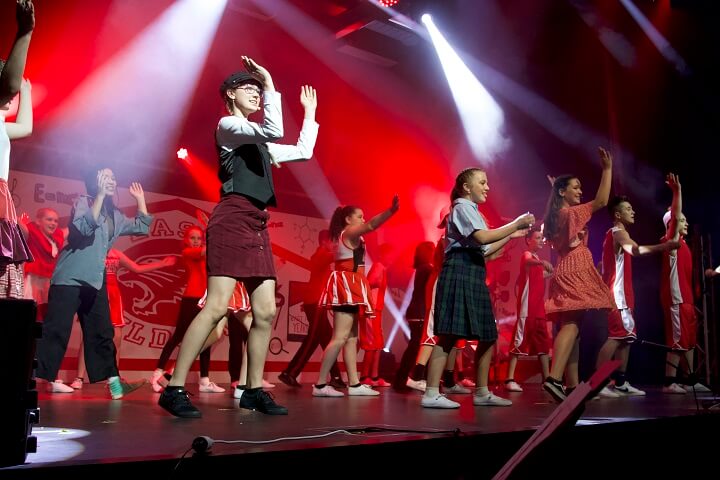 Moranbah State High School students are all in this together

Moranbah State High School students impressed their local community in June with their performance of High School Musical after receiving a $3,000 community grant from Stanmore Resources.

After COVID-19 disrupted the rehearsal process which first began in 2019, Moranbah State High School students and teachers were nervous but excited to showcase all their hard work to the community.

The cast was made up of a variety of students from different grades within the school — welcoming everyone from footy boys to thespians — truly encompassing the musical’s themes of being “all in this together” and not “sticking to the status quo”.

“The grant allowed us the artistic freedom to put on a show that the students and myself could be really proud of,” she said.

“It was used to assist with the purchase of the props and actors’ costumes to enhance the aesthetic appeal of the production, and to communicate the meaning and status of characters in each scene.

“We also used the grant to purchase table decorations — transforming our hall into a dine-in theatre, so the audience could be fully immersed in the theatrical experience.”

The musical was enjoyed by more than 400 members of the community, demonstrating the calibre of the production.

Ashleigh said the Arts is incredibly important to the school, providing a foundation for students to excel in all areas of life.

“Not only do they help to guide a school’s culture, but they also assist in showcasing the talents of students who might otherwise be hidden,” she said.

“While many see the Arts as simply acting, dancing, painting or playing music, they are much more than that. The Arts assists people in building up their confidence, self-belief and passion for life. Through the Arts, students are able to improve their skills of public speaking, creative thinking, problem solving and social skills. All of which are vital to be successful in most jobs.” The school continues to bolster its Arts expertise, delivering a music evening later this year to showcase the talents of its students involved in the Instrumental Music Programme and school Rock Band.